â€œStargirlâ€ is a superhero show that airs on the CW and follows the adventures of Courtney Whitmore, a teenage girl who is launching a new generation of superheroes by reforming the Justice Society of America.

This fun show brings youthful energy to the DC Universe. We will guide you through the plot of the series, its actors and characters.

DC’s â€œStargirlâ€, for a third season, centers on Courtney Whitmore – Stargirl – played by Brec Bassinger. The teenager is living the high school dream: she is appreciated, intelligent and athletic. Things hit a slowdown, however, when her mother remarries and they move from Los Angeles to Nebraska. Suddenly she has a new stepfather and stepbrother, a new school – Blue Valley High – and a new house to get used to.

Upon getting to know her stepfather, she learns that he was the companion of Starman, a superhero and a member of the Justice Society of America. In her stepfather’s belongings, Whitmore finds Starman’s Cosmic Staff – a 6-foot-long anti-gravity rod – and decides to “borrow” it.

With this sensitive object in her possession, she suddenly finds herself at the helm of the JSA, an elite superhero team, under her alter ego Stargirl. She decides to rebuild the team and begins recruiting a new generation of superheroes, finding herself in the position of an unlikely leader.

How many â€œStargirlâ€ episodes are there?

There are currently two seasons of DC’s “Stargirl”, with a third in progress. The show debuted as an original show on DC Universe, an on-demand video streaming service run by DC Entertainment and Warner Bros. Digital Network, May 18, 2020.

The very next day, the show aired on the CW network, which aired new episodes every week. Halfway through that first season, CW chose â€œStargirlâ€ exclusively for its second season.

Seasons 1 and 2 of “Stargirl” (the new season is titled “Summer School” and premiered August 10, 2021) have 13 episodes. CW announced the order for the show’s third season in May before the second even aired this summer.

The third season will air in 2022 and will have 13 episodes.

Who is the creator of DC’s “Stargirl”?

Comic book author, screenwriter, film and television producer, and director Geoff Johns created the character of Stargirl in 1999 for DC Comics as a comic book series. The character of Courtney Whitmore was named after and inspired by the showrunner’s sister, Courtney, who died in the TWA Flight 800 crash in 1996.

In the summer of 2018, he announced that he had reinvented the character and his story as a TV series for the DC Universe streaming service (later switching to The CW) and that he would be the screenwriter and executive producer of the show with Greg Berlanti and Sarah Schechter. He wrote the character of Pat Dugan – Whitmore’s stepfather – with Luke Wilson in mind. Before an episode was filmed, he said he already had four seasons planned and plans for future seasons.

Who are the main characters of “Stargirl”?

There are a lot of characters to follow in DC’s â€œStargirlâ€. Here are some main characters you should know when you start watching the series:

High school student Courtney Whitmore transforms into a Stargirl after discovering Starman’s cosmic staff among her stepfather’s belongings and finds herself reviving the JSA. 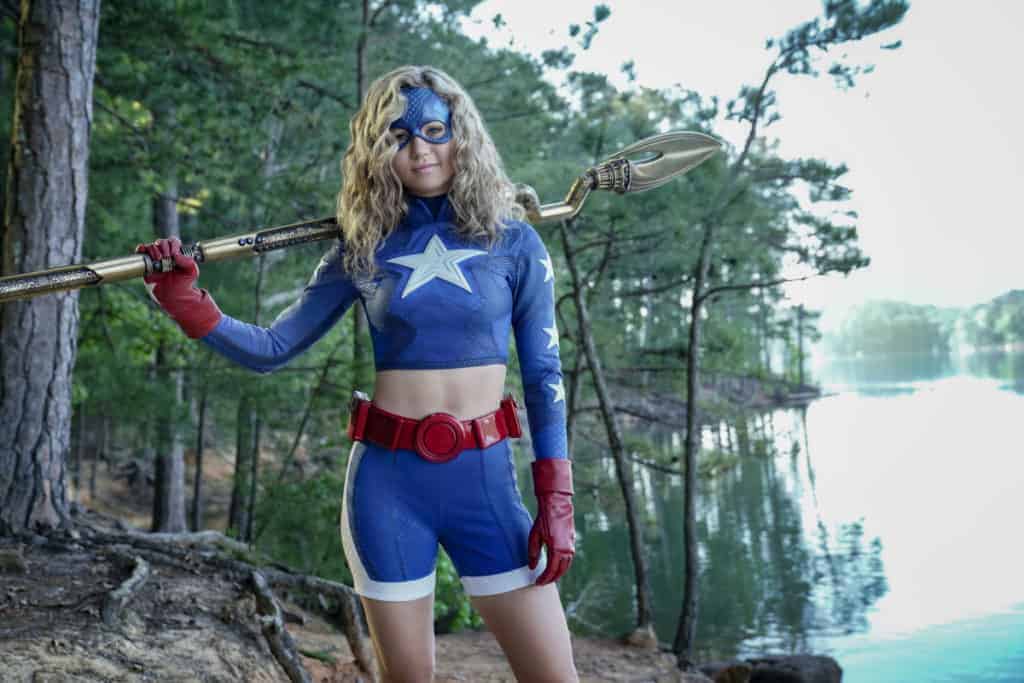 This popular straight student from Blue Valley High, played by Yvette Monreal, has become an outcast following a scandal. This leads to a friendship with Whitmore and she joins the Justice Society of America. 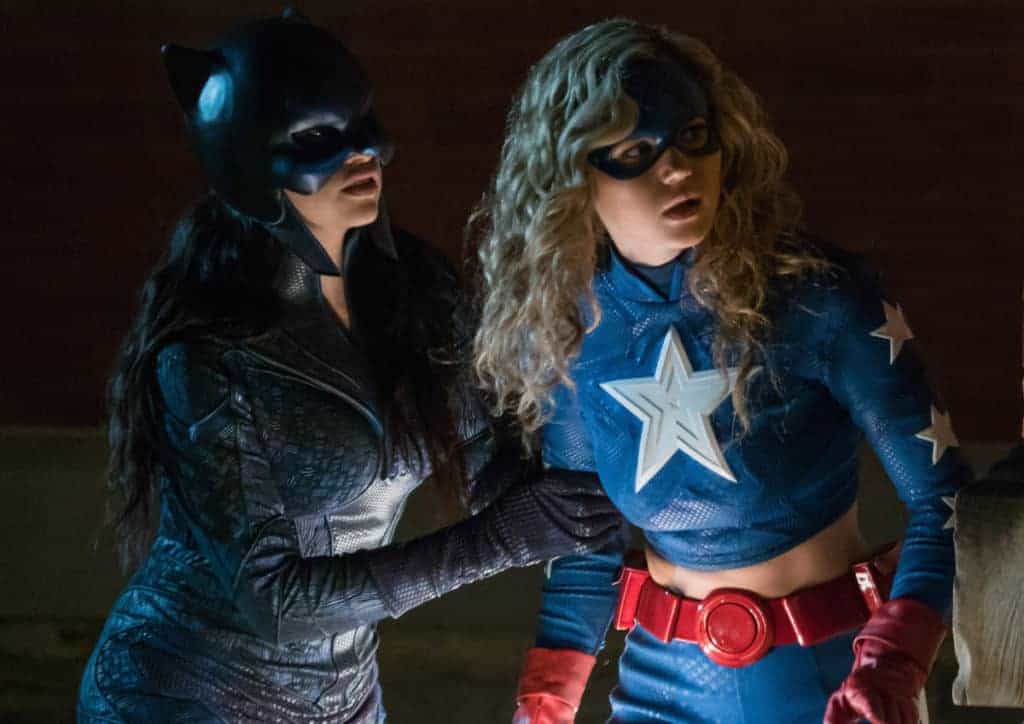 Another student of Blue Valley High, played by Anjelika Washington, Beth is an intellectual, which makes her an outcast among her peers. She thrived on her friendship with Whitmore and her participation in the JSA. 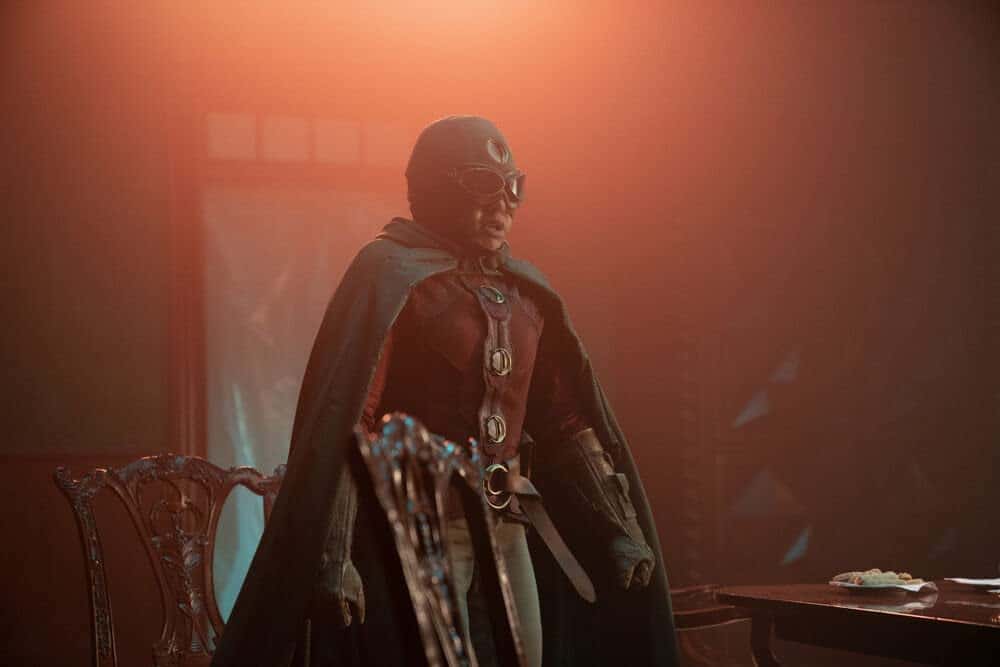 Played by Cameron Gellman, Rick Tyler also attends school at Blue Valley High, where he is considered a delinquent and an outcast. Orphaned at a very young age, he was recruited by the Justice Society of America and faced the alter ego of his father, Hourman. 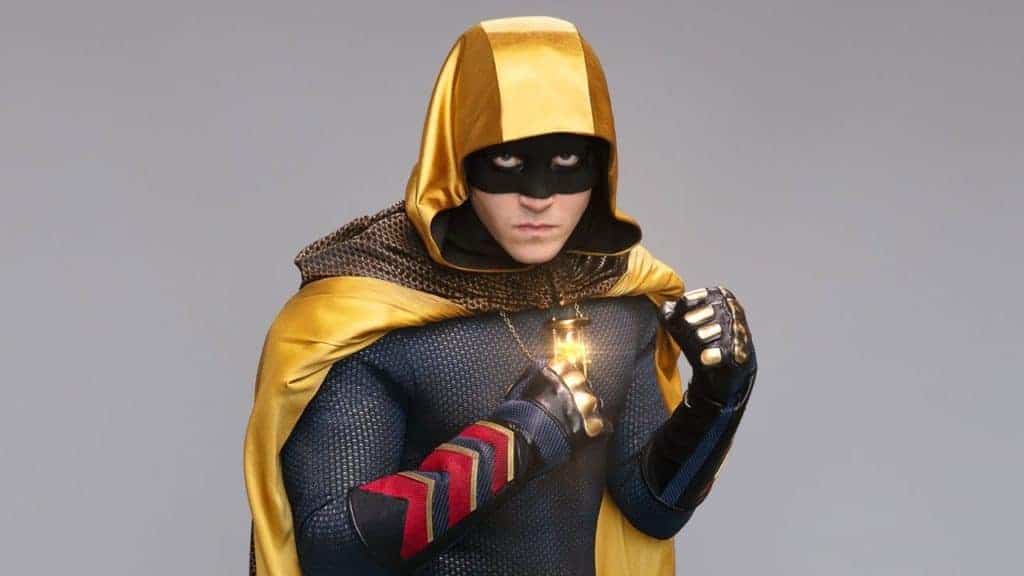 This is Courtney Whitmore’s mother and Pat Dugan’s wife. She is played by Amy Smart. 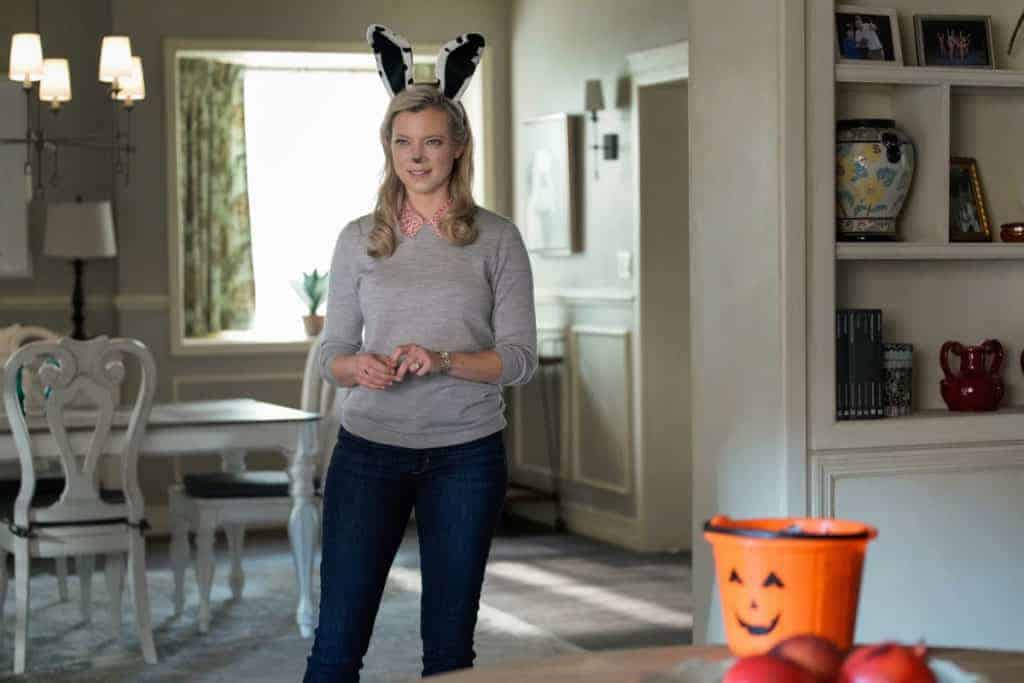 Pat is the husband of Barbara Whitmore, father of Mike Dugan and stepfather of Courtney Whitmore and is played by Luke Wilson. Now a Mechanic, he was a superhero named STRIPE who was a member of the Justice Society of America and Starman’s sidekick. 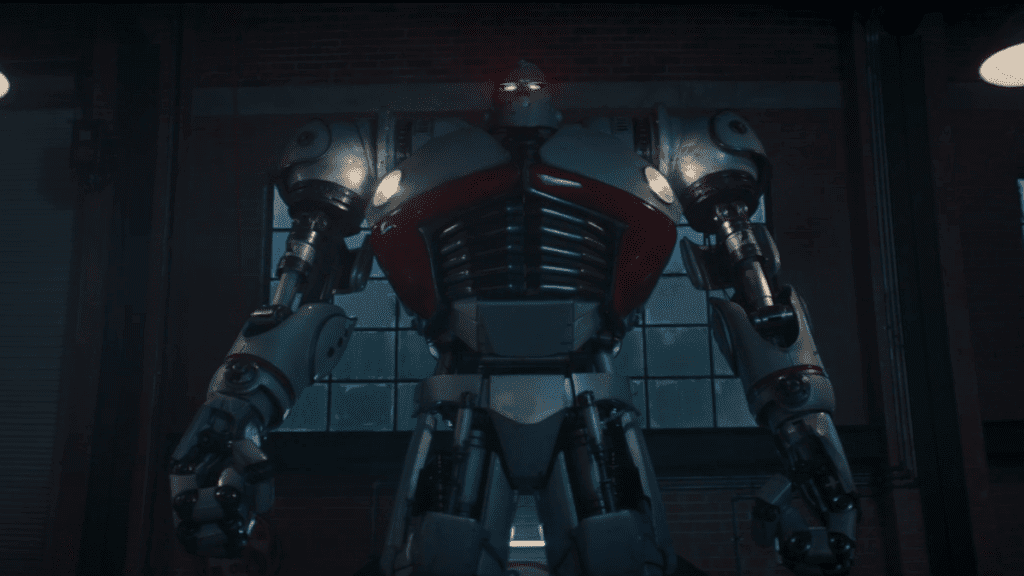 Mike is the half-brother of Courtney Whitmore and the son of Pat Dugan and is played by Trae Romano. 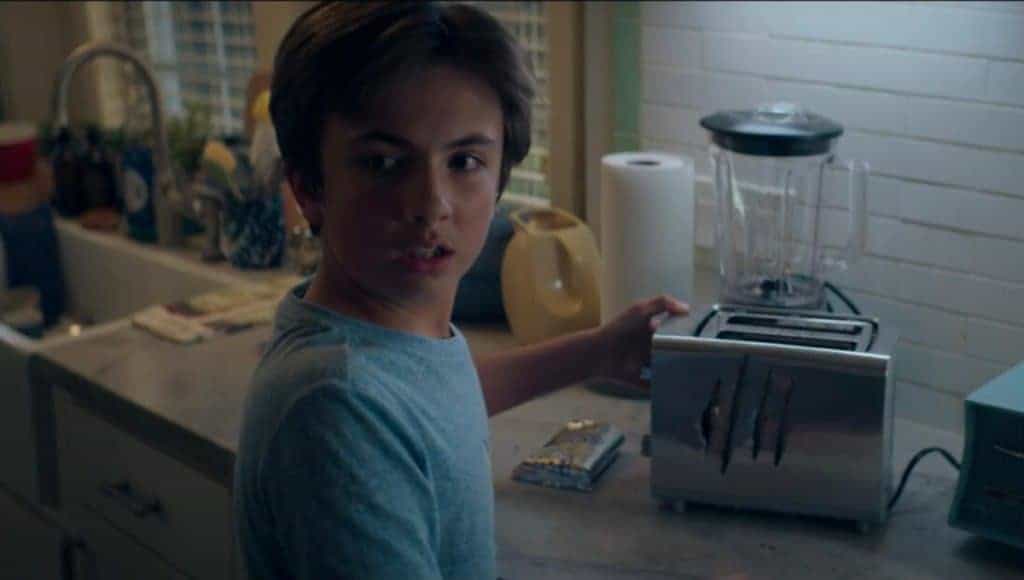 Henry is a wealthy, arrogant and popular Blue Valley High football player and son of Henry King Sr., Brainwave, a member of the Injustice Society of America and a complicated villain. Henry later realizes that he has the telekinetic powers of his father. He is played by Jake Austin Walker. 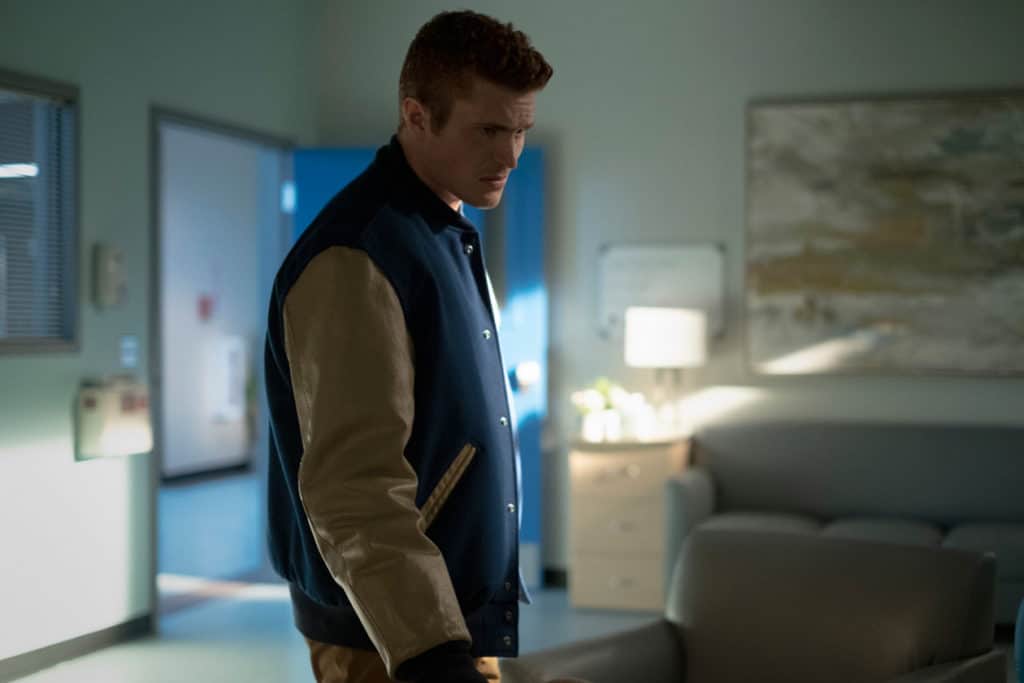 Played by Christopher James Baker, this neurosurgeon and father of Henry King Jr. was secretly the powerful supervillain Brainwave and a member of the Injustice Society of America. 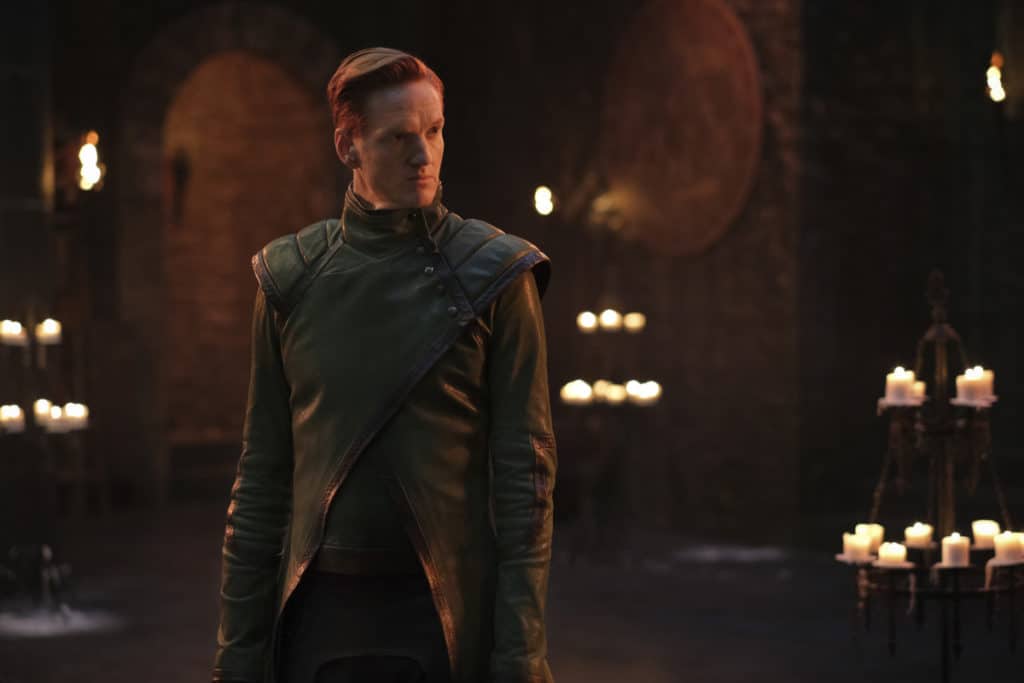 Played by Meg DeLacy, this popular villainous girl from Blue Valley High is the secret daughter of the villainous Dragon King, an enemy of the Justice Society of America. Taking after her father, she decides to become supervillain Shiv and is Whitmore / Stargirl’s nemesis. 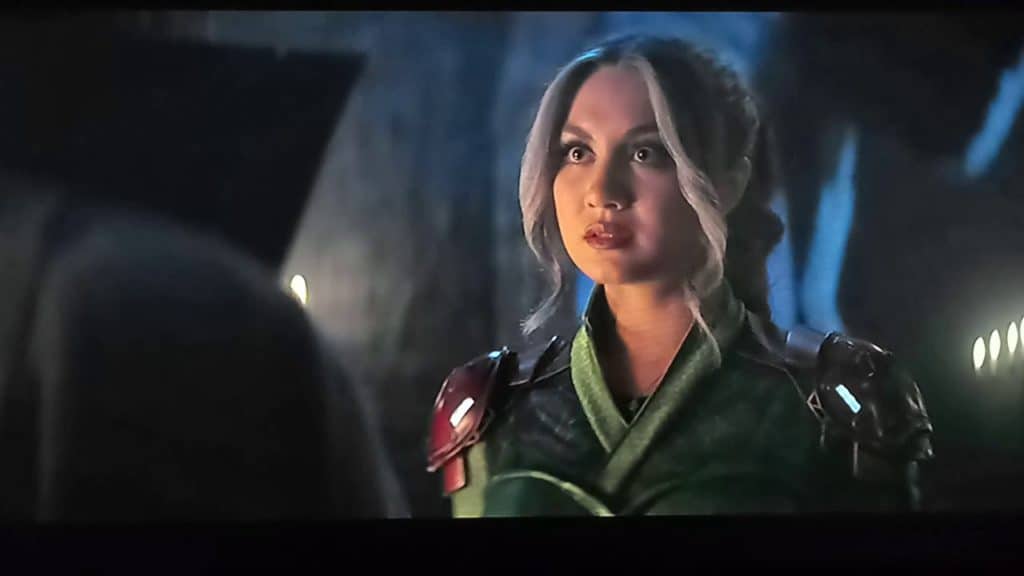 Cameron is a Blue High Valley student, a talented artist (who enjoys drawing flowers) and the son of Jordan Mahkent / Icicle, the founder of American Dream and ISA member. Played by Hunter Sansone, there is a romantic interest in Whitmore. 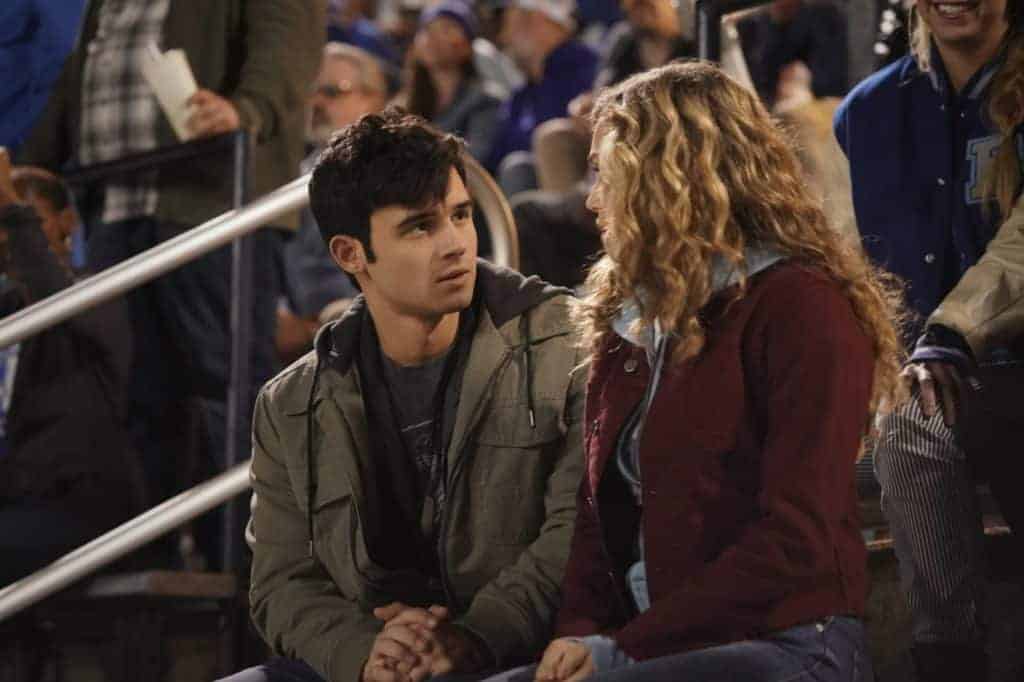 This supervillain is also the founder and CEO of American Dream, creator of the Project New America to Change Minds initiative and father of Cameron Mahkent. He is played by Neil Jackson.

This ancient corrupted entity described by Nick Tarabay is an entity trapped inside a black diamond in Burman’s possession and he seeks revenge. 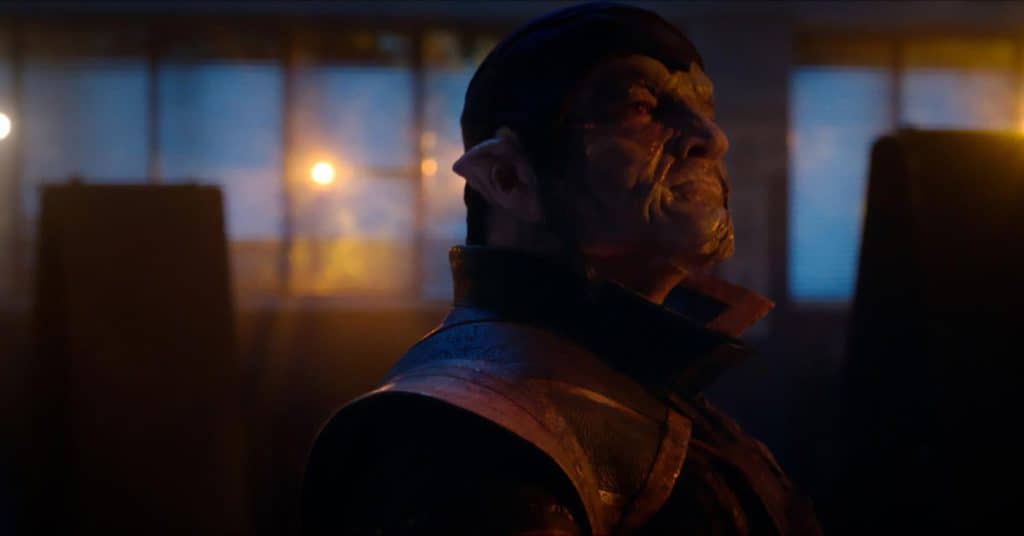 Played by Joel McHale, this original member of the Justice Society of America is a wealthy socialite who is actually a superhero known for using the cosmic staff, which Whitmore now possesses. 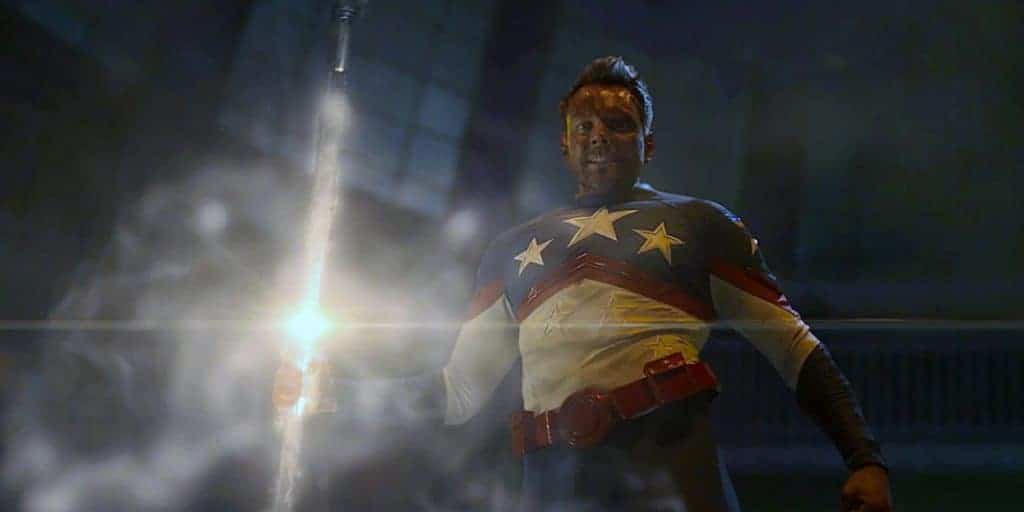 Lawrence is a member of the Injustice Society of America, also known as the “Crusher”. This former star athlete turned criminal and villain is played by Neil Hopkins. 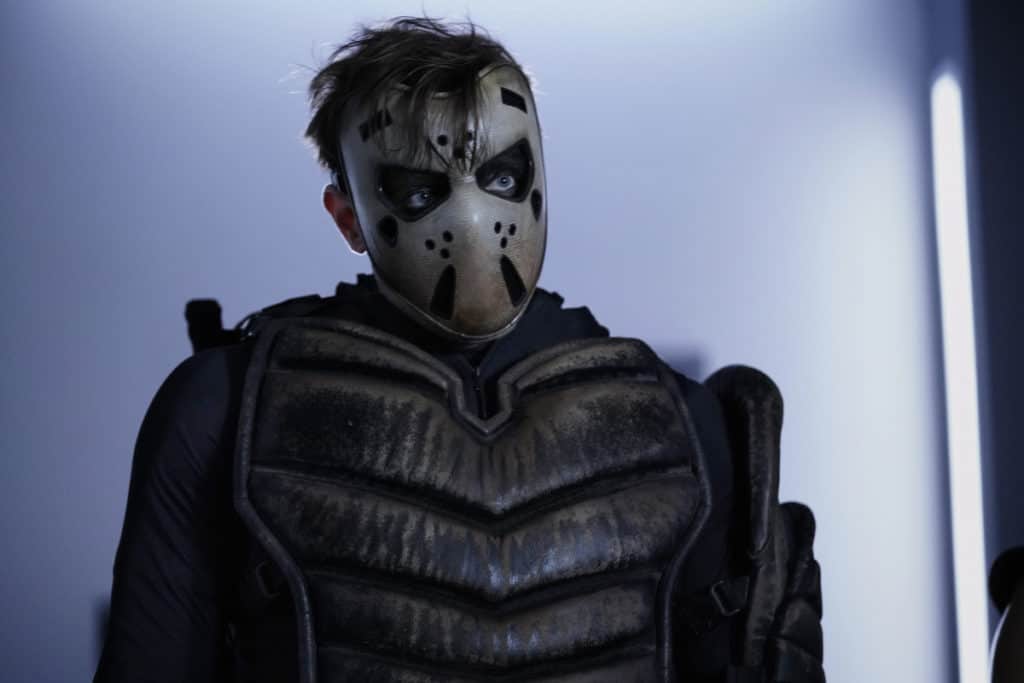 Played by Joy Osmanski, this gym instructor from Blue Valley High is Crock’s wife and an ISA member. 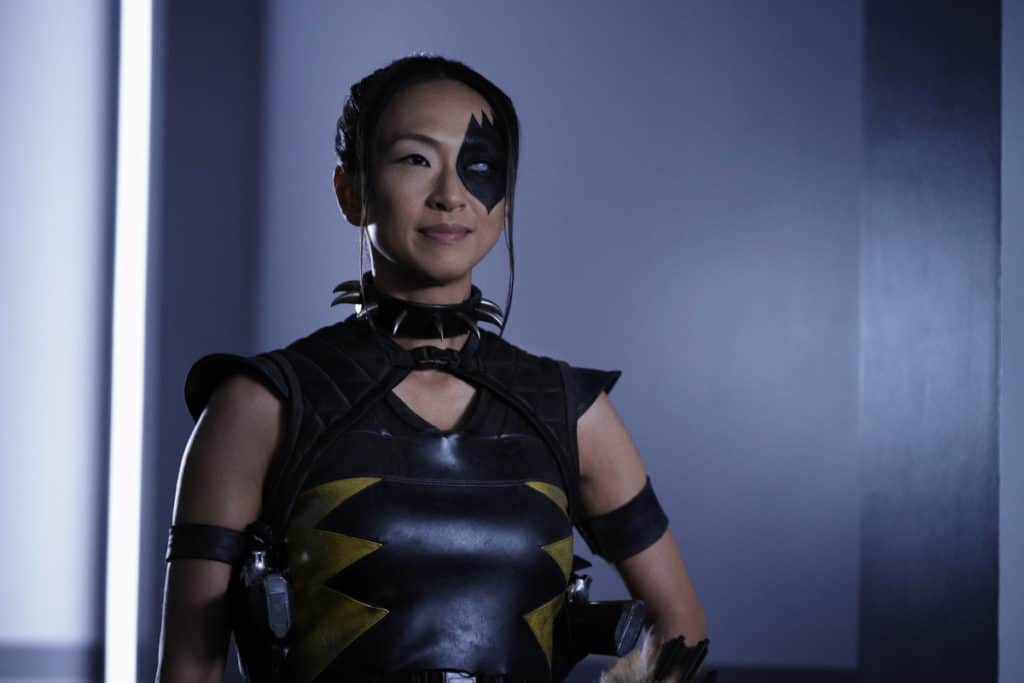 This selfish American Dream CFO is also a member of the ISA. He is played by Eric Goins. 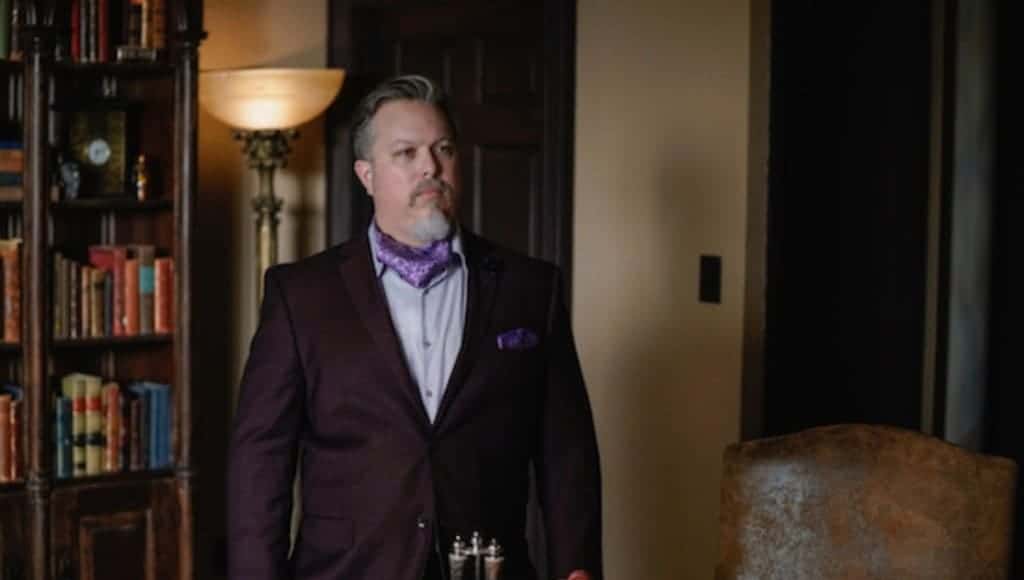 ISA ally and father of Cindy Burman, this scientist has a secret reptilian face and experiences on his patients – and himself. He is played by Nelson Lee. 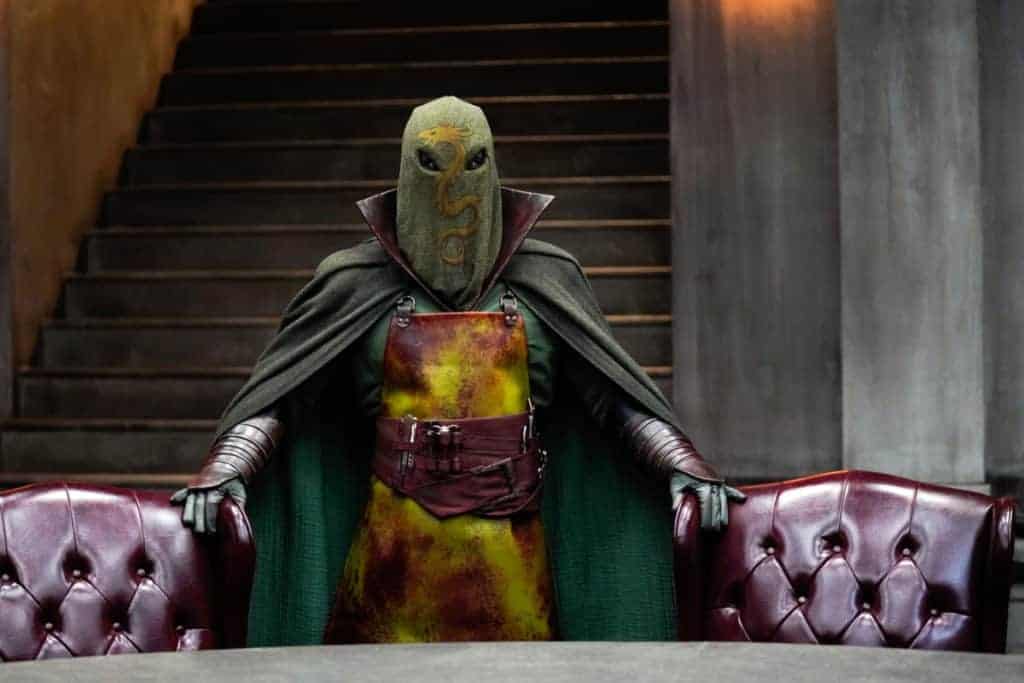 Played by Jonathan Cake, this immortal supervillain who can create and control shadows is a former ISA member after falling out with Icicle over the Project New America initiative. 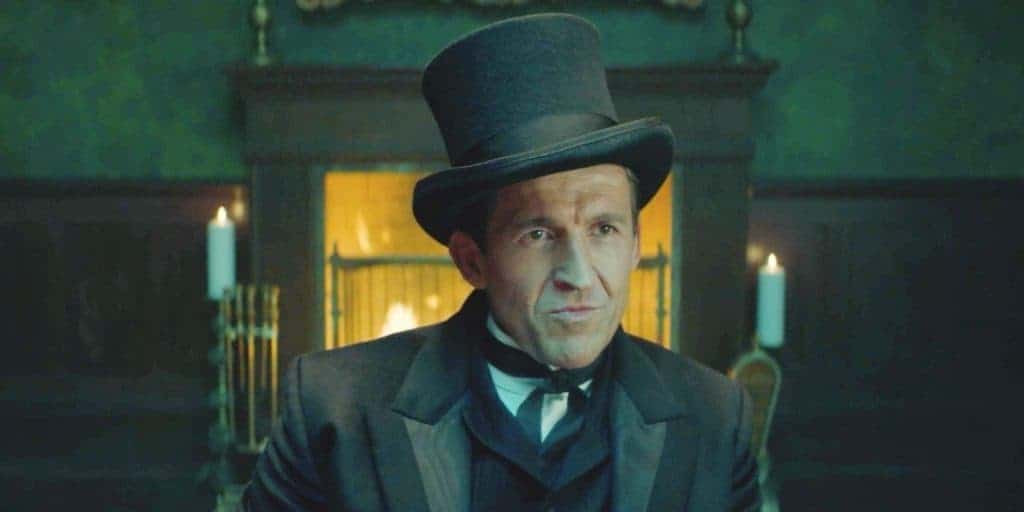 Where can you watch episodes of DC’s “Stargirl”?

Want to watch “Stargirl”? You can watch the show live on CW or Hulu + Live TV. You can also stream the show through the CW website or app, HBO Max, VUDU, and fuboTV.

Learn more about “Stargirl” on BuddyTV

Want to stay up to date with all the latest news on “Stargirl” and other DC Comics-based shows, like “Arrow”, “Green Lantern”, “Supergirl” and “The Flash”? Check back with BuddyTV for news and updates on your favorite superhero.